In theory, I was going to be fitter than ever for this year’s Peaks.  On the 1 July this year I completed the Dragon Duathlon – riding and running the 300km length of Wales in a day including running over three of Wales’ toughest mountains.  Well, the theory was good but I think it would be fair to say that I rather took my foot off the gas, and sat drinking ale, congratulating myself on my achievement.

And so I found myself on the start line at Helwith Bridge – fit but not tip top. And then it started – the horrendous lung busting ‘neutralised’ section to Horton.  My god, I’ve done easier crit races than this.  Then off left up through the farmyard towards the base of Ingleborough and a sickening crash just in front of me, as the bunch funnels through a gate. It was a nasty one –  I heard later that there were broken vertebrae.

the trudge up Simon Fell www.cadenceimages.com

Then, up up and more boggy up, getting steeper as we go.  I was making places on the grovel up Simon Fell.  All my fell running was paying dividends.  Dibbing at the top of Ingleborough I was starting to feel good, I was overtaking people on the descent and then…the almost inevitable flight over the bars.  Peat luck if you will – an innocuous looking but extremely deep bit of bog swallowed my front wheel.  Picking myself up I realised that I had managed to jam my brake levers full of peat with the result that my brakes were permanently on. Great, because this wasn’t hard enough already.

And down – tora tora tora! – sinking, sliding, watching dozens of other riders flying off around me in a deranged display of improvised gymnastics.  A friend of mine who is not hot on modern slang was trying to remember the term ‘face plant’ but instead came out with ‘head splat’ – she’d inadvertently created the perfect phrase to describe a 3 Peaks phenomenon.

Then I reached the road and I realised my legs felt terrible.  There was a strong headwind and I was struggling to push even my smallest gear.  I was taking deep sucks on my camelback which I had filled with energy drink.  As the day wore on I realised I had made the drink too strong – or maybe I hadn’t mixed it well enough. It seemed to get stronger as I went on, and while it was giving me energy it was making me thirstier and making my tongue stick to the roof of my mouth.  Excellent.

Whernside – there it is, the track stretching upwards for miles ahead. Lots and lots of high uneven steps.  My legs were feeling distinctly dodgy and I was really wondering why I was doing this to myself again.  Finally, the summit and we’re off again.  I’m seeing lots of mechanicals and punctures all around.  I get off the bike and run down to the top section of the steps with the big water bars – I’ve punctured there before and I wasn’t going to let that happen again.  So there’s a man covered pretty much head to foot in black Pennine mud, wearing inappropriate footwear, running down a mountain with a bike on his back – and there’s a lot of bewildered looking walkers very politely/nervously waving me through.  I can’t think what the average punter must make of this spectacle.

And so to Ribblehead and I’m starting to feel OK, but then I hit the road again and it’s as though the lights go out.  A small boy (I mean he was about 7) on a mountain bike cycles past me giving me a smile.  Struggling into the headwind and internally bemoaning my plight I’m suddenly rescued by a little group of riders and I’m able to sit in the wheels and rest a bit. And with that help I find myself at the foot of Pen y Ghent.  I’m managing to cycle up the lane, keeping out of the way of the leaders who are hurtling down towards the finish.  The support is tremendous, generous crowds shouting encouragement and lovely marshals offering motivation. 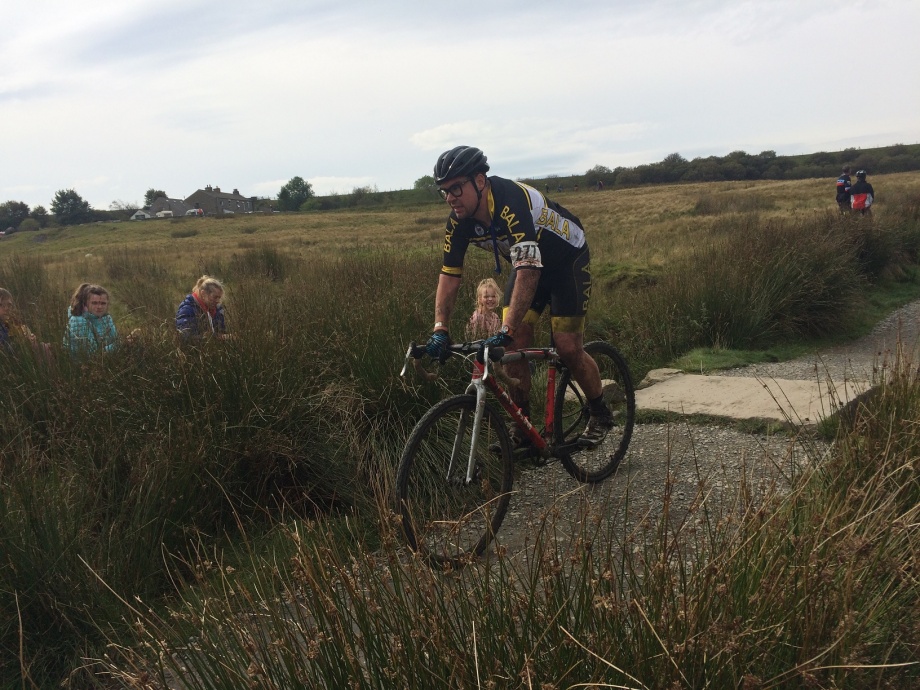 the art of brake finessing

And so it’s through the gate about a third of the way up Pen y Ghent and the track steepens and seems to stretch endlessly upwards into the sky.  It’s another dark moment – and now dozens of people are walking past me. There’s just nothing in the legs.  Slowly slowly I make it to the top.  Some new steps have been laid and they are pretty gruelling. And then the descent – I’m annoyed with myself for feeling like such a slug and so I absolutely leather it down.  The crowds were oohing and aahing as I went.  I was on the ragged edge, but I made it down in one piece with bike intact overtaking about 20 riders as I went. Then just the short road section to Helwith Bridge – made bearable by being nearly home. And then I’m there – the finish line. What a relief.

And then I say to myself that I will probably not definitely almost certainly be back. Possibly.

As pick I the bike up to put it in the car I notice my saddle bag is gaping – not sure exactly when it unzipped itself, but I’d lost my two spare tubes and my co2 inflator.  Ah well, I’m just glad I didn’t need them – I’m happy with the offering to the Peaks gods to get round unmolested. My Vittoria XL tubeless tyres pumped to 60psi held up well to my 80kgs, but they didn’t half feel draggy – but that could just have been in my head.

What I learnt (or was reminded of – yet again) is that the 3 Peaks finds you out.  The boggy ground conditions this year left me feeling well drained (unlike the bogs) and If you’re not feeling great there’s nowhere to hide.  What also struck me was the brilliant support from spectators and fellow riders – someone gave me a little push as I was struggling to get going after a remount and I did the same for another rider.  For a super fit few this a real race, but for me and, I think, a lot of others it is a battle with yourself and the terrain to get to the end.

And later, in the pub, we wonder how we could do it faster next year… shall we never learn. I hope not. 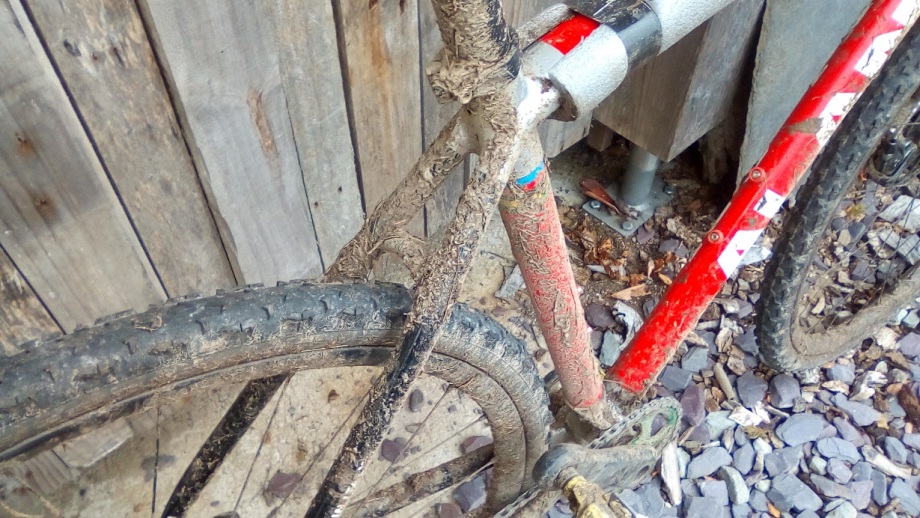 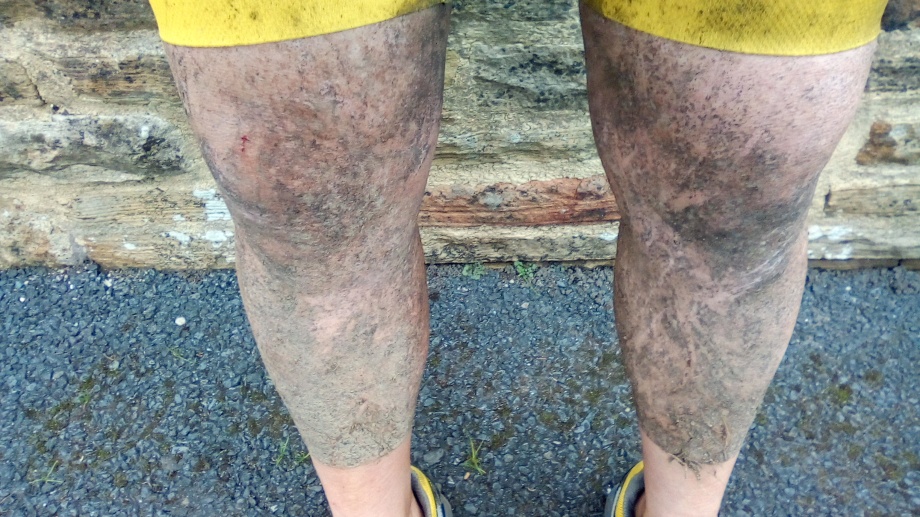