It’s December, well it was when I wrote this, its now January.
The first job was to pull down the internal stone wall and remove the rotten floor joists and floor. The stone wall was a remnant from the old stable but it no longer has a structural purpose.  The decision was made to remove it to give more space.  We’ll re-use the stone elsewhere and we’ve left a few of the larger ones because we think they will look interesting.  It has nothing to do with them being too heavy to move. We engaged a local farmer and his mini digger to dig out the floor.  Much to our delight he discovered cobbles underneath the concrete.  If we ever have the time and energy, our drive may become a Welsh Koppenberg.
The stable is now a ready for the next stage of works.

The first floor was used as storage by the previous owner

The stone wall had to go. We will use the stone elsewhere

There as some big stones in that wall 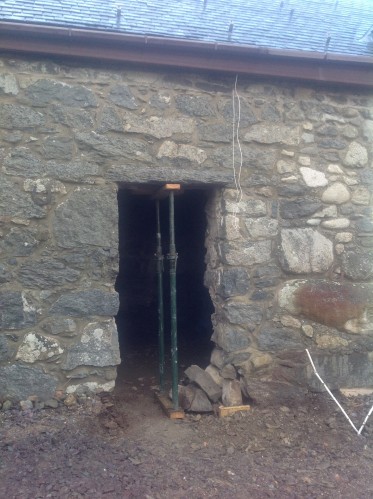 Being over cautious with acro props. 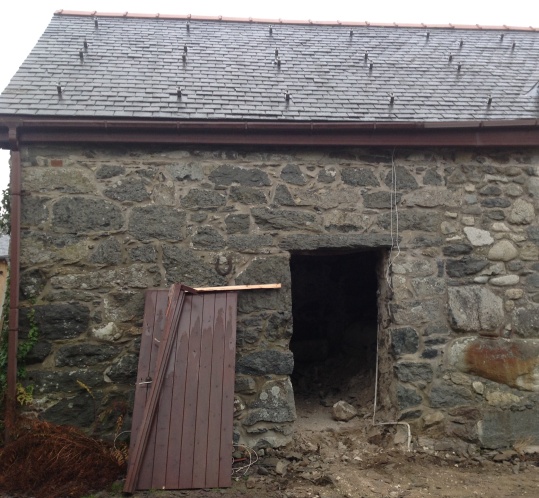 Mainly demolition and removal at this stage

This site uses Akismet to reduce spam. Learn how your comment data is processed.